Decades before my father passed away, he almost died after eating an apple. From what I gather after hearing the story being told repeatedly is that my dad suffered an intestinal obstruction. He had to have emergency surgery performed on him, and while he pulled through the procedure just fine, he ended up contracting an infection while recuperating in the hospital and it’s the infection that almost killed him. 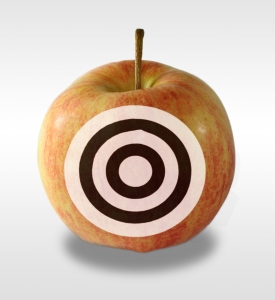 The priest came to perform last rites, as the hospital staff thought he could die at any moment. But somehow, someway, he survived this close call and stayed in relatively good health until his mental and physical decline brought on by Alzheimer’s over the last few years of his life. I say relatively because he ended up with adhesions, a common post-surgery complication. The doctor told him that if he ever contracted food poisoning or the stomach flu, it would be much worse for him than for the average person.

I don’t know how much scientific evidence there was to support the doctor’s claim, but my dad did make multiple trips to the ER during my childhood, suffering from profuse vomiting and severe stomach pain. It would usually come on suddenly, and my mom and I would grow quiet as we heard and saw my dad suffering. My mom didn’t drive so my dad would have to drive himself to the ER, while doubled over in pain. There, they would give him the usual anti-nausea and painkiller cocktail, and send him on his way. He would return home, pale and weak, and we would always breathe a sigh of relief when he was finally able to fall asleep. He would usually recover pretty quickly, and then the incident would be forgotten until the next episode, which could be weeks or months away.

I often did not think of my dad as a particularly strong man, but remembering how he would drive himself to the ER, or insist on going to his manual labor job, while grimacing with stomach cramps, I see now that he had much more inner strength than I ever gave him credit for.

2 responses to “My dad’s near-death experience”