A Gathering I must attend

It’s strange the people who you cross paths with, often at the darkest moments in your life. I think these chance encounters are much more memorable than the casual, day-to-day encounters that vanish from our minds almost immediately.

Today, I met one of the owners of the local Irish pub. He was taking a cab because “his truck got drunk last night.” Ha, that’s the best excuse for admitting you are too drunk to drive that I’ve ever heard! 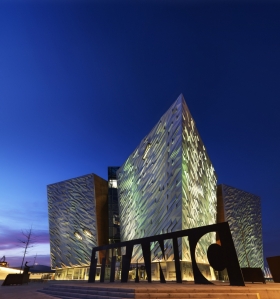 His Irish accent was apparent. He said he was from Dublin and had been in New Mexico for about 8 years. I offhandedly mentioned that the change in scenery must have been quite a shock. He agreed and talked about how he hadn’t been home in about four years and really wanted to get home next year for “The Gathering.”

I inquired further and learned that there is this whole movement in 2013 encouraging those who have immigrated from Ireland to return to their beloved homeland during the year. I wish Dad could have lived long enough (and in his right mind) to participate himself, but what a great way to honor his memory and his love of his birthplace than to travel to Belfast in 2013.

It just so happens that the last of Dad’s assets have been processed and the final check is more than enough to cover a trip to Ireland. Of course, there are sensible things to do like pay down credit card debt, and make sure Mom will have enough to live on. But I hope there will be enough left to finally visit the land that Dad loved so much, to participate in “The Gathering” with people like I met today.