Mom and Dad split up?

Well, here’s something about my parents that I never knew before. Mom and I were discussing the strange case of the Canadian tourist found dead at the Cecil Hotel and Mom mentioned that Dad was staying there when they dated. She said she would take the bus from her apartment to the Cecil Hotel to meet Dad. Then they would take another bus to the race track or wherever they were going on their date. They had to take a bus because Dad did not have a car. At the time, he did not even know hw to drive. 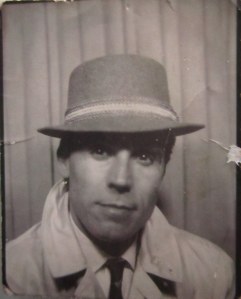 Dad was a handsome devil!

And it was Dad’s lack of wheels of all things that caused them to break up a few times. Mom came from that era and culture where you looked at a guy’s shiny set of wheels before you checked out the guy himself. Mom told me they got in a few tiffs that would cause them to take a break from each other for a few weeks at a time. Guess it’s a good thing that Dad got his best buddy to teach him how to drive.

But Mom admitted that she was the one that caved in and would call up Dad when they were on hiatus. Dad would ask why Mom was calling him and Mom would say to find out why Dad hadn’t called her. 🙂

Eventually, Dad obtained his license and a car and Mom’s heart. (Not necessarily in that order.)