Fascinating study regarding cancer and Alzheimer’s 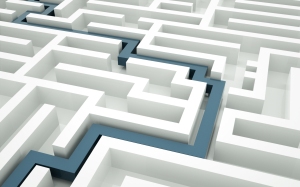 Researchers may have found a defect in a critical brain cell pathway that can lead to Alzheimer’s or cancer depending upon which way the imbalance of cell activity presents itself. This may help explain why Alzheimer’s patients have a lower risk of cancer and cancer patients are at less risk for Alzheimer’s.

Further studies will try to determine if activity can be boosted in the damaged cell pathways, which could potentially reduce the cognitive impairment in Alzheimer’s patients.

I always thought my dad was destined for cancer because of his smoking habit, yet he remained cancer-free, while my mom, who doesn’t have typical cancer risk factors ended up with colon cancer. While I’ve read of people who have had both diseases at the same time, it does seem pretty rare. Instead, we hear more about the cruel irony of the dementia patient who is otherwise physically healthy.

After all of the deaths and misery both of these diseases have caused, it would be wonderful to find an effective treatment for both of them.