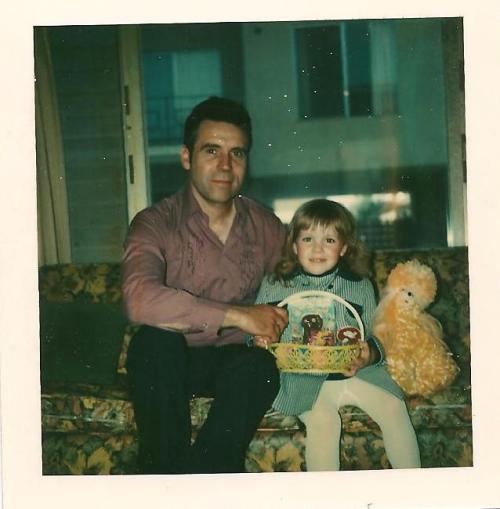 My dad would have turned 85 on Monday. It’s been several years now since his death, and the milestones are starting to become less likely to imagine.

My father has one sister who has lived into her 80s, but most of his family died in their 70s or younger. His immediate family survived the brutalities of WWII so they’re a hardy bunch for sure. Dad made it to 79, and was just 4 months shy of his 80th birthday.

But it’s difficult to imagine my dad at 85. A smoker since his teens, who was diagnosed with COPD and emphysema, those conditions would likely have taken a great toll on him by now, and perhaps he’d be tied to an oxygen machine. He definitely would have hated that. And would he have become so frail as to need a wheelchair? That’s another thing he would’ve loathed. The man loved to walk in a long, fast, striding gait. This was a major problem when he developed dementia, because of his tendency to wander.

So all in all, I’m at peace with the fact that Dad’s not around to be an octogenarian. If I’ve learned anything over the last several years, life isn’t about reaching a certain age but the quality of your day-to-day living.

Since Dad’s birthday is close to Easter this year, I thought it was appropriate to include the one Easter photo I have of us together.

2 responses to “Missing the milestones”