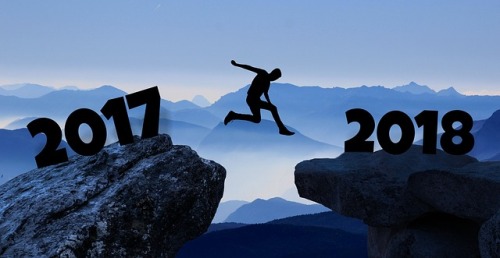 Now that we have moved into post-Christmas, it’s time to think about 2017’s wins and losses and what we hope to accomplish in the new year.

Despite 2017 being a difficult year for many, it was not without successes when it comes to caregivers. In Hawaii, the Kupuna Caregivers Act was passed, making it the first state to compensate family caregivers who also work full-time. In 2018, as the law is fully implemented in the state, all eyes will be on the success or challenges the legislation generates.

Earlier this month, the RAISE Family Caregivers Act was passed. The bipartisan legislation will create a national strategy to support family caregivers, by providing training and better access to services. It remains to be seen how the act is implemented, once President Trump signs the bill into law. Caregiver advocates are hopeful it’s a step in the right direction.

Even with the threat of looming funding cuts under the new administration, Alzheimer’s research received a $400 million increase in funding as part of the National Institutes of Health budget.

As for challenges, Alzheimer’s research had a disappointing year overall, as admitted by those in the field. Major Alzheimer’s research studies failed to bring about the results and answers experts hoped. But scientists have many areas of Alzheimer’s to still explore, and hopefully the additional research funding will help with this cause in 2018.

The threat of cuts in health care loom large in 2018, though it’s all still up for debate. However one may feel about entitlement programs, cuts to Medicare and Medicaid will hurt caregivers. The uncertain status of the Affordable Care Act also is a concern for caregiver advocates. Health care should be a bipartisan issue, but it is sadly the opposite in the current political climate.

Speaking of controversial issues, immigration also has a direct impact on caregiving. With the current administration’s immigration crackdown, there will be an even greater shortage of paid caregivers than expected over the coming decade. There was already a predicted shortage because of our rapidly aging population, but couple that with a decrease in the immigrant population, and you have the recipe for a disaster. Again, however one may feel about the issue, immigrants provide a great amount of underpaid care to our nation’s elder population. Most Americans will not work for the pitifully low wages caregivers earn.

In 2018, I will be following legislation and programs supporting caregivers that are implemented at the state level. Universal Family Care is being discussed in some states, and I hope the conversation around how to best support family caregivers continues to grow next year.

What do you hope to happen in your state in 2018 to support paid and family caregivers?