My mom and I found Dad’s old, beloved jacket as we were going through some of Dad’s old belongings. Dad was once a pretty sharp dresser, but as he got older, he gravitated towards a few favorite items that he would don on a regular basis. He had certain caps he loved wearing, and this was one of his favorite jackets. 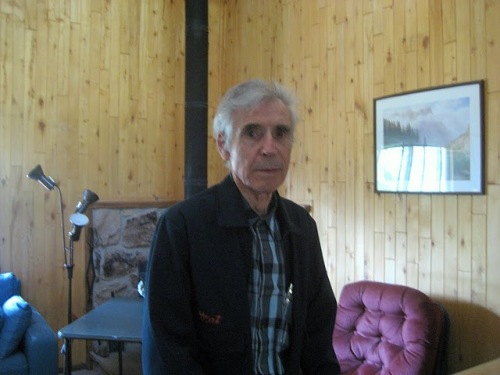 When the dementia became more severe and he began wandering, we were happy he loved to wear this jacket because at least his name was stitched on it, even though it was becoming frayed. I took this photo to accompany a GPS tracking service offered by the Alzheimer’s Association.

Dad never had the chance to use it as he had a medical emergency that landed him in the hospital. After that, he was housed in secure facilities so we didn’t have to worry about him wandering away anymore.

The jacket now resides in my closet.