My dad would have turned 80 years old today. It would have been nice if he could have reached that milestone, but not with Alzheimer’s.

He spent his last birthday at the assisted living facility. The staff bought him a McDonald’s meal as a birthday treat. My mom had visited him shortly before his birthday and I called from Atlanta. I have never felt so dishonest as when I mustered up whatever cheeriness I could find in my voice to wish him a happy birthday. 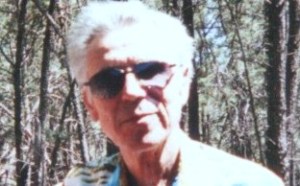 I knew there was no way that it would be a happy day for him. By his 79th birthday, Dad’s dementia, along with the increased medication being fed to him at the care center, had left him an emotionless shell. He wasn’t necessarily sad or angry; he just didn’t seem to be feeling anything at all.

But I always felt that there was this lingering despair that my dad somehow was clinging to, that somewhere deep below the fog of Alzheimer’s, he was aware of his condition and how hopeless his future was.

I hope I was wrong.

Even when he was well, Dad never made a fuss about his birthday. A card, a small gift like cologne and dinner was about all he wanted. I think birthdays in his mind put him closer to death, which he always feared, so he approached the day with trepidation, instead of a spirit of celebration.