Watching the Dodgers with Dad

Dad wasn’t a huge sports fan. In fact, I think he loved the history of some teams more than a particular sport. I’ve written before about his Notre Dame allegiance. Being from Europe, he also loved soccer and I’ve mentioned before how Dad would watch the Spanish-language station (despite only knowing a few words of Spanish) just to get his soccer fix.

And then there was baseball. Dad loved to talk about Babe Ruth, Joe DiMaggio, Lou Gehrig and all of the other legendary baseball players. There were plenty of baseball teams to root for in California: the Angels, the Athletics and of course, the Dodgers. It was the latter that my Dad seemed to be a fan of the most, other than the New York Yankees. (Dad overlooked the teams’ heated rivalry.) I think both of these choices were steeped in nostalgia for Dad; after all, before coming to L.A., the Dodgers were based in Brooklyn, and Dad may have seen a game or two when he was living in the Big Apple back in the 1950’s. 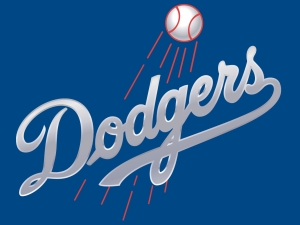 I learned the basics of America’s pastime by watching Dodgers games with Dad. It was the perfect kind of game for Dad; the slow pace meant he could read the newspaper and keep up with the game at the same time. Of course, one can’t think of the Dodgers without thinking of Vin Scully, the legendary announcer who has been with the team for over 60 years. A devout Catholic whose mother was Irish, Dad was a huge fan of Scully. It’s amazing to me that Scully is still working for the Dodgers after all of these years and after my Dad’s passing.

With a new baseball season underway, I couldn’t help but think about learning the game with Dad as the armchair coach. I was able to attend a few Dodgers games as part of school field trips, but I never had the chance to attend a game with Dad. I wish I had.