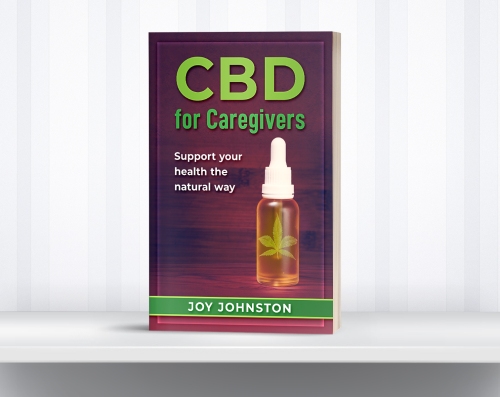 I’m excited to share my latest book, CBD for Caregivers. This brief but informative e-book will shed light on what is one of the top health trends of 2019: CBD (cannabidiol.) Hemp-derived CBD is being soil in oil-based tinctures, edibles, topicals and infused into tea and coffee. How can this potentially beneficial supplement help caregivers?

I look beyond the hype and take you on the journey of an average middle-aged woman with no marijuana experience who explores CBD with an open mind and a healthy dose of skepticism. What I found is that CBD holds promise as a healthier way to deal with stress and pain. There are no miracle drugs and some of the more fantastical claims are indeed bunk. But I would also challenge those who argue that positive CBD claims are all just a giant placebo effect.

In addition to an overview of what CBD is and how it may help caregivers, the e-book contains a roundup of my CBD product reviews that are a popular feature on my website, CBDforCaregivers.com.

For my loyal blog followers, you can download CBD for Caregivers for free for a limited time. I would kindly ask that you leave a review at your favorite digital retailer if you grab a free copy. The book is available at the following digital book retailers.  There was a hiccup with Amazon but hopefully it will be available via Kindle soon as well.

I look forward to hearing your feedback on the book and CBD in general. If you’ve tried it, I’d love to hear your opinion.

Caregiving is stressful. Even the most well-adjusted individual can find themselves struggling with the mix of emotions that a caregiver can experience. On top of stress, being a caregiver can be isolating, leading to depression.

I know I was totally stressed out when I was a caregiver for my parents.  There was that “always on edge” feeling, waiting for that phone call that someone had fallen or someone was headed to the ER. As a long-distance caregiver, there was a sense of helplessness and lack of control. When I moved in with my mother to help in her recovery from a colostomy, I experienced a different kind of stress. My mother and I were complete opposites personality-wise, and we often butted heads.

As I look for ways to help caregivers deal with stress, I’ve explored many options. While yoga and meditation can be beneficial, it can be difficult for caregivers to find time for such activities.  Pharmaceuticals work for some people, but come with a host of side effects. The key is to find something that could help relieve stress, anxiety and depression, but without making one loopy or sleepy. Caregivers have to remain alert in order to perform medical tasks.

Lately, I’ve been hearing a lot about Cannabidiol (CBD) hemp oil, and its potential in naturally relieving anxiety and depression, without the psychoactive side effects of marijuana.  My curiosity was piqued. There is  a lot of misinformation about CBD and hemp oil, so I began to investigate its potential for caregivers. Hemp comes from the cannabis plant but it is not marijuana and contains very little THC, which is what causes marijuana’s “high.”

Recently I launched a website, CBDforCaregivers.com. It’s an informational site that includes reviews of CBD hemp oil products that I’ve personally tried. My focus is on how these products can help ease anxiety and depression, along with offering pain relief. (The physical labor involved in caregiving can cause chronic pain.)

I’m excited about the potential of CBD hemp oil products, but the products remain in a murky legal state for now. The hemp provisions in the Farm Bill of 2018, if it passes, could remove the cloud of uncertainty at the federal level, though some states are targeting stores that sell CBD products.

It’s important to check your local laws and consult your doctor before using any natural supplement.

If you’ve tried CBD hemp oil, I’d love to hear about your experience.

The impact of other people’s memories

I want to focus the rest of my January posts on the power that learning of other people’s memories have on us. Over my next posts, I will highlight some of my favorite memoirs, and the vivid memories that really stuck with me long after I finished the book. This time around, I want to talk about the essay featured in the current issue of The Atlantic titled, Surviving Anxiety. It is written by the magazine’s editor, Scott Stossel. It is an excerpt from his upcoming book, which is now on my reading list.

Scott suffers from severe anxiety and several different phobias. I don’t share his extreme level of anxiety, but I do share some of his phobias, like public speaking and vomiting (of which there is a related phobia that I also share, that being vomiting while flying.) He also suffers from digestive issues, which I can certainly sympathize with, as I have experienced numerous digestive issues mainly tied to my gluten intolerance. He writes a compelling and moving account of how these conditions have impacted his life, both negatively and positively. He talks about the pros and cons of the many treatment options he has endured. He bravely shares humiliating episodes where his anxiety or digestive problems rear their ugly heads. 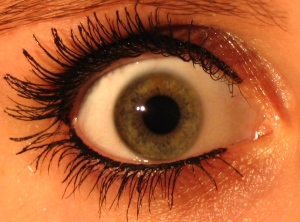 Scott shares a particularly embarrassing bathroom episode that occurred at the Kennedy compound. (The author was writing a book about one of the Kennedy family members and was spending some time there along with a mix of celebrities and dignitaries.) Scott feels his bowels betray him at the worst moment, when he is not near a public restroom. He runs back to the mansion, trying to avoid other guests and secret service members. He makes it to the restroom but then the worst case scenario happens: the toilet backs up and overflows. He is covered in sewage. Talk about bad timing: just across the hallway from the bathroom, guests are gathering for cocktail hour. Scott cleans up as best he can, then has to wrap a dirty towel around his waist (his pants were ruined) and sprint to his second-floor suite. He makes it, but not before encountering JFK Jr. That experience could make anyone with anxiety want to crawl under a rock and never come out.

He also writes about how he went to therapy for his vomiting phobia and his therapist wanted to use exposure therapy to “cure” him. Meaning, she wanted him to take ipecac and deliberately make himself throw up. After at first refusing and putting it off for several sessions, he finally agrees to do it. But after taking the dose, he doesn’t actually throw up, he just retches. It was an agonizing experience that only strengthened his vomiting phobia. (Ironically, after cheering on her client during the exposure therapy, the therapist herself had to go home because she got sick from watching him try to vomit!)

These memories are written in excruciating detail, with every anxious thought and feeling captured. They struck a chord with me and rolled around in my mind for the rest of the day. My takeaways: you never know what is really going on in someone’s head. (Obviously, as editor of a well-known magazine, Scott has been able to manage his anxiety to a certain extent and still be a successful person.) Also, all of these anxious thoughts and feelings and phobias sound crazy if you haven’t experienced them, but from the response the article has received, there are plenty of anxious people out there who completely understand. I am one of them.

What memories from other people have had a meaningful impact on your life?