Coping with the difficult emotions of caregiving

Caregiving is a tough task, both physically and emotionally. There are many emotions that can arise while one is a caregiver, and many are not pleasant. However, it is important to recognize, acknowledge and process these feelings. Caring.com offers an excellent article, The 7 Deadly Emotions of Caregiving: How to Cope.

The 7 emotions the article focuses on includes:

The article explains how these emotions arise while caregiving, the risks that come with these feelings and most importantly, what you can do about it. Many caregivers will find the above list familiar; some of us will experience one emotion more than another. For my mother, it was loneliness and worry; for me, it was worry, guilt and resentment.

I think it is important as caregivers to acknowledge what we feel, and equally as important to figure out how to best process these emotions so we don’t damage our own physical and mental well-being.

What caregiving emotions do you feel most consumed by, and how do you cope?

What’s important is what was in the middle

I stumbled across this blog via a Facebook post. I’m not a religious person, but this blog post by Rev. Katie Norris is particularly relevant to those of us long-distance caregivers who struggle with guilt. 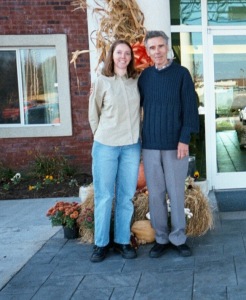 We should focus on happier times with our loved ones, not the final moments.

Norris has had to make the decision whether to return home for her mother’s last days multiple times. Dying of course is not a nice and neat affair, and one can be slowly dying for years. Most of us would like to be there when our loved one passes, but Norris points out that we have to accept our lack of control in this situation and that our ideal ending may not happen.

Ultimately, we must focus not on the ending, but the middle, on that time spent with our loved ones during the bulk of our lives.

I thought this was such a simple but profound philosophy. It’s a lesson that really hits home with me, because I have struggled so much with not being there when my father died.

I wanted to pass along the message to those of you who may be struggling with guilt or regret.

Other people’s memories: “Half a Life”

A memoir that relies heavily upon the memories of a single life-changing event is “Half a Life” by Darin Strauss. I’m sure you’ve read many stories about a tragic car accident that claims the life of an innocent person. While often alcohol and drugs are involved, sometimes these events are truly accidents, with no direct fault assigned to the person behind the wheel. Have you ever wondered what happens to these people? To know, even if you weren’t directly at fault, that your actions claimed the life of another human being … how would you manage to go on with your life carrying that memory? Well, author Darin Strauss knows, because he was the person behind the wheel of the car that struck and killed a classmate who was riding a bicycle.

Strauss had just turned 18, and perhaps the inattention and inexperience of a young driver played roles in the accident. Still, no charges were ever filed and his community, even the deceased classmate’s parents seemed to forgive Strauss. But then the grieving parents decided to sue Strauss for millions of dollars, and the case dragged on for several years, thwarting Strauss from moving on with his life. Even though he saw a therapist, he never worked through his guilt and other feelings surrounding the tragedy. He did what many of us try to do during difficult situations: he put a smile on his face and carried on, suppressing his emotions.

The memory of the accident haunts all facets of his life, from work to friendships to the dating scene. Not only do the lingering memories of the accident have a negative impact on his emotional well-being, they physically make him ill and he has to have stomach surgery before turning 30.

Finally, as he marries and becomes a father, he decides to engage in the best therapy of all for a writer: he would write about the experience in a memoir. The result is a powerful work, and a lesson for all of us trying to process difficult memories. I was very moved by this book and highly recommend it.

The gift of guilt

I’ve been thinking a lot about guilt lately. I guess it started around Thanksgiving time. I reflected on this time last year, and how upset and frankly selfish I was, when I saw that Mom was sick again and knew I was going to be stuck in New Mexico performing Caregiving, Round 2 instead of being home with my family. I think I was just burnt out from the past several months, spending all summer and fall tending to Mom’s needs. By November of last year, I desperately wanted a return to normalcy, but I didn’t get it. It didn’t help that Mom felt lousy and was in a fighting mood. 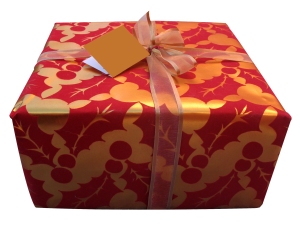 Fortunately for Mom, she has been able to wash all of these bad memories from her mind. Sometimes I resent her for not remembering all of the ugly things she said or did, but then I realize that it would do me good if I could also cleanse myself of these toxic thoughts. Mom has apologized and says often what an amazing daughter I am and how much she loves me, so our relationship is fine. It’s me that needs fixing now.

I also still harbor guilt about not coming to Mom’s aid sooner, the first time she was sick. I knew almost from the get-go that it was probably cancer. Mom was doing all of the right things, going to the doctors, but she lives in a small town and they were taking their sweet time in determining a diagnosis. In the meantime, I called Mom ever day, great, but she was getting sicker and weaker with every passing day. I had a new job that I wasn’t entirely thrilled with, so I didn’t even have work as an excuse. I just didn’t think I could handle another parent being sick so soon after Dad’s passing, which was just six months prior. So I waited three weeks before finally visiting her. I shudder to think if I had waited a week, even days longer.

If Mom’s cancer had been diagnosed sooner, her surgery may not have been as complex and she probably would have been treated in a hospital near her home versus being transferred over an hour away. I could have stayed at Mom’s condo for free instead of all of those nights in hotel rooms, so I wouldn’t be saddled with so much credit card debt now. Maybe she would have recovered quicker and I would not have had to quit my job (a year later and I still have not been able to find full-time employment again).

But then I think about the positives of the situation. First, if Mom had recovered quicker in the hospital, she may never have developed blood clots. It was an unfortunate complication, but if it hadn’t happened, I would not have taken seriously my 23 & Me genetic testing results that says I have a 60% higher risk of blood clots than the average person. Now if I land in the hospital for an extended amount of time, I will demand preventative measures to reduce my risk. This new found knowledge could potentially save my life! (As an aside, I think it is ridiculous that the FDA is trying to shut down 23 & Me’s genetic testing kits. All they offer is information, which they already indicate may not be 100% accurate. It is up to the user to decide how to proceed with that information.)

Another positive: If Mom had recovered quicker from her first surgery, her oncologist stated she would have started her on chemo. This would have been a disaster. When Mom was just starting to feel better and getting her strength back, she would have been knocked back down again. So far, she is doing well without the harsh followup treatment. (They found three polyps during her colonoscopy exam; results will be in on Monday.)

And yes, I’m still grappling with not being there for Dad during that last month of his life. I know all I can do is share my experiences and try to help others find the light as they make their way through the murky, treacherous swamp that caregivers must wade through.

How do you cope with caregiver’s guilt?